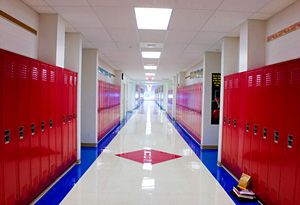 Busted, she thinks, as trouble arrives with a tap tap tap.

“Ruth, I can never tell if you’re late for your last class or early for your next one?” says the Principal as he approaches holding his T-handle cane, tilting his head to the side as he does when he’s not so much wondering at all.

“Dr. Coles, question.” The sophomore shakes her textbook at chest height. “Why’s it called History? Is it because the stories are about men?” She flips it open and points to a random page. “And manifest destiny?”

“Go on,” he says, repressing a smile. “Hey. Your hair–red now?” Ruth shrugs. She constantly changes her exterior to distract others from aiming their prosecutorial zeal at her interior.

It’s 11 am at Thomas S. Wootton High School in Rockville, Maryland on Valentine’s Day, and Ruth had way overslept. She’s at her locker, not far from History. An irredeemable minute remains before the bell rings, signaling students of the period change.

The corridors are otherwise empty, and Dr. Coles moves away unevenly, dragging his withered leg, seeking his next teen-sized puzzle to solve.

Ruth is an inch past five feet, with a ponytail, hazel eyes, and a few freckles on her face. Dangling from her neck is the only jewelry she owns, a necklace with an ivory dolphin figurine hanging from it. With jeans and a t-shirt featuring the OutKast logo, she wears scuffed combat boots that add another two inches to her height. A transfer student in her first month at the school, she’s a mystery. Coles cuts her a break; his heart swells for new kids who find themselves one of 1,800 students on a megacampus push-pinned into the suburban sprawl outside Washington, D.C.

She whirls the dial on her locker door and pulls it open, looping her black winter coat with its twice-patched sleeve on the hook inside. At the bottom of her locker is a clutter of classroom work that remains unstarted or unfinished. She stores her beat-up backpack, and heads off to learn about days past.

History, she thinks, must be the school subject most shot through with hubris. Science changes all the time, with inventions. In Math some nerd’s always cooking up a new theorem, or disproving an old one. PE–they create fresh games yearly, like Pickle Ball, all the rage at Wootton. And English–there are loads of books published annually, even if the old fogie teachers insist on browbeating everyone with the tired classics.

But History–arrogant, prideful History–is immutable, unchangeable. It has no need to throw anything on in the mornings but a comfy sweatsuit and holey slippers. It can’t be altered and dares anyone to try.

Cho’s face is careworn at fourteen years of age. His clothes are too big and his body’s too small for a hostile America. He knows every inch of the ground around his neighborhood; he stares down, not forward.

He lives in the Chinatown area of San Francisco and helps his father, Sun, who had managed the Tung Wah Dispensary after immigrating, until it fried in a fire caused by The Great 1906 San Francisco Earthquake. The doctor intends to rebuild what was the major healthcare destination for Asian refugees in The City by the Bay, and for now he offers house calls to patients in need.

Father and son were born in Fujian, a southeastern Chinese province famous for its mountains and coastal cities, and emigrated to America when Cho was a baby. The elder speaks passable English. The younger is bilingual and serves as translator in the rare case of a non-Chinese patient.

The boy would never miss a trip to see any patient, because their home is jammed with nine extended family members in 1,200 square feet. Today is frustratingly free of the sick and dying, leaving a slender slice of quietude ready to be claimed.

Young Cho’s one book is titled A Course of Pure Mathematics, the classic text in introductory mathematical analysis. Written by GH Hardy, the 1906 earthquake gave Cho this weighty tome, as if to make amends for eradicating his father’s place of employment.

When the San Francisco Public Library was consumed in flames, eighty percent of the volumes it housed were singed or water damaged. They weren’t tossed out till a decade later, in 1916, when the new building was ready.

Being Chinese, Cho couldn’t attend the library grand opening. But he did scoot around back during the ribbon-cutting to find barrels filled with charred and mildewing, but readable, hardcover books, and he grabbed a dozen in his skinny arms.

One slightly scorched book–A Course of Pure Mathematics–made it home, ambushed as he was by other immigrant boys. He held on to the one he wanted most and arrived back at his family’s rental with it clutched against the torn shirt on his heaving chest.

He had two burgeoning black eyes and a split lower lip, but soon he’d be reviewing meticulous equations that make strict sense of a topsy-turvy world. He hid the book in the sole closet in the home, which stores all manner of his father’s medical gear, liquid (vials, test tubes) and solid (scissors, forceps).

Dr. Sun is a medical experimenter. Once he made a poultice of onion, mustard and honey for influenza victims to apply to ease their tired lungs–the honey meant it stuck to the chest even when the patient was up and about. And he’s known for removing lesions and tumors from the skin of the living with a delicate razor scraping process, having practiced on the dead.

On this Thursday afternoon, Cho reads in the closet, scratching words he doesn’t recognize with a stub of pencil on a scrap of newspaper. He’s lit a candle, and is settling into Chapter IX: THE LOGARITHMIC, EXPONENTIAL AND CIRCULAR FUNCTIONS OF A REAL VARIABLE when his father whistles.

The whistle causes an adrenaline jolt. Cho’s father shouts about a railroad accident and injured laborers, trusting Cho would spring into action. The boy kicks open the door, snuffs the candle and begins gathering bandages and linen pads. He prods his math book with his toe underneath a pile of brown belt tourniquets, of which he plucks three in the hope bleeding will be staunched.

The boy fills a cloth sack with marbles rattling around at the bottom. Cho’s never played marbles, as much as he’s wanted to, but gives them out to sick kids.

Sun is talking to a stranger outside the front door. Another stranger runs up and explains that the laborers have died. As Cho emerges from the apartment, Sun states in his stilted Cantonese something to the effect of “I am wrong; our chance expired, son, these poor wretches have been irreversibly mauled by the ferocious equipment.”

The two strangers depart, and the doctor extracts his exquisite Meerschaum pipe, albino in color and made from a foamy clay called sepiolite, lights it and begins to pace on the street’s edge, as he would upon gloomy news of this type.

Cho returns to the closet and shifts the kit back, forming a neat pyramid on the floor. He’ll be idle until his father’s next appointment or emergency. He spies marbles that must have slipped from the sack, rolling into the corner, as orderly as a row of soldiers.

Cho grabs at the runaways, yet gravity has its inevitable way. Each marble plummets through a crevice and disappears without a goodbye, and he flexes an eyebrow in surprise.

From outside the front door of the apartment, shrouded in a haze of pipe smoke, Dr. Sun speaks again: “Cho Lung Tho, we must depart to prepare the stiff bodies.” Sun is an amateur mortician of sorts, and Cho his key and faithful assistant.

Off go father and son, side by side, to dress the dead and bring balm to the brokenhearted. 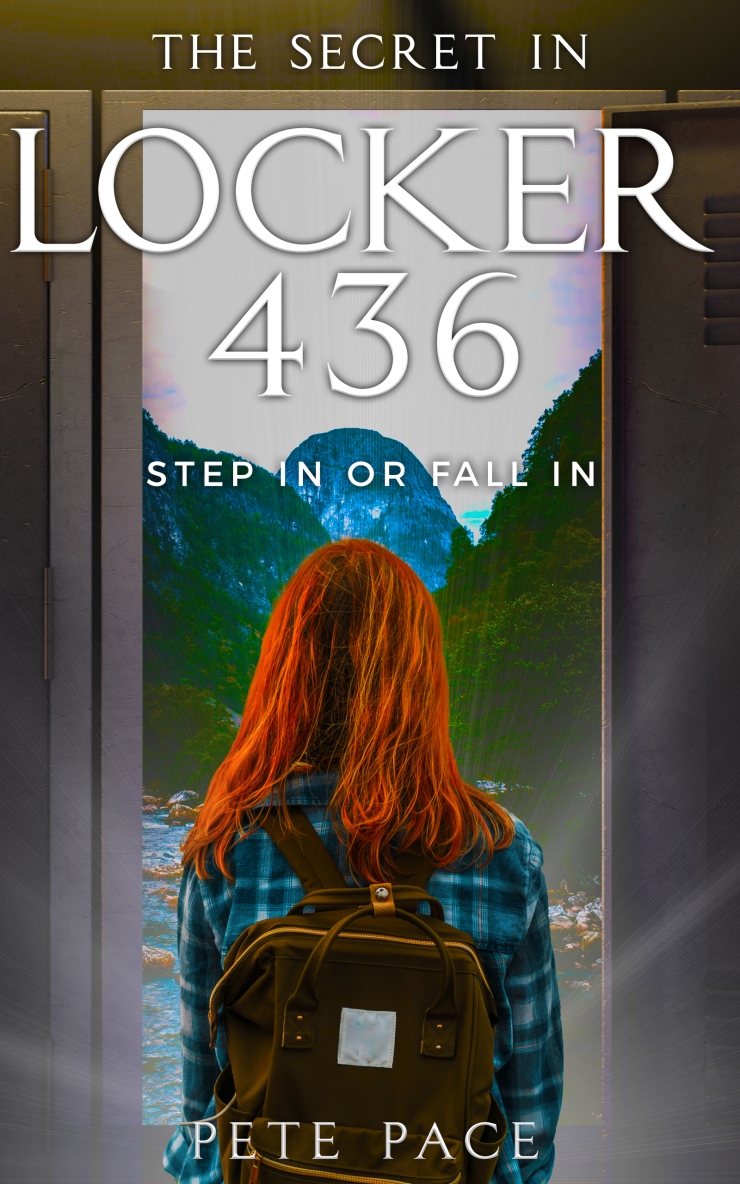