Order the Kindle book here: The Secret in Locker 436

Archaeologists announced on May 24 ,2020 the discovery of ancient murals estimated to be up to 3,000 years old in a cave in the west of Thailand (MSN). 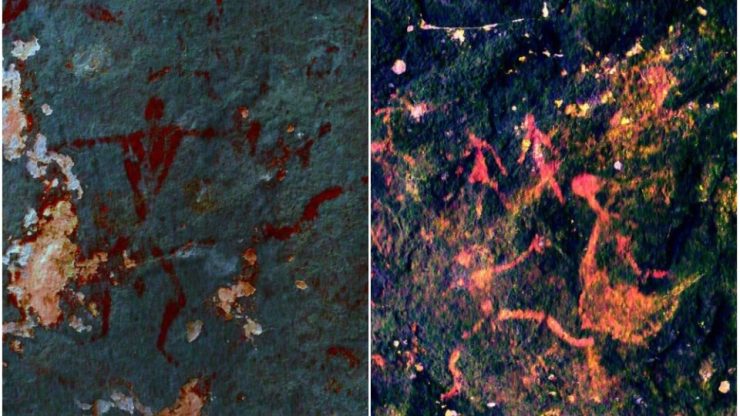 The newly discovered cave paintings, some seven meters long, were found in a cave at the Khao Sam Roi Yod National Park in Prachuap Khiri Khan province. They were discovered last week by archaeologists from the Fine Arts Office in the neighboring province Ratchaburi.

In the paintings are drawn a number of humanlike figures, some with accessories on their bodies, while others appear to hunt animals with bow and arrow. There is one obvious animal figure that looks very much like a serow, a goat-like mammal found regionally, said archeologist Kannika Premjai.

The cave is located 125 meters above sea level; its mouth was a wide 9.5 meters in diameter.

Some of the drawings remained visible and clear, while others have been ruined by limestone erosion. Kannika said her team would work to determine the dates of the paintings more specifically. They will also explore the roughly 20 other caves in the area.